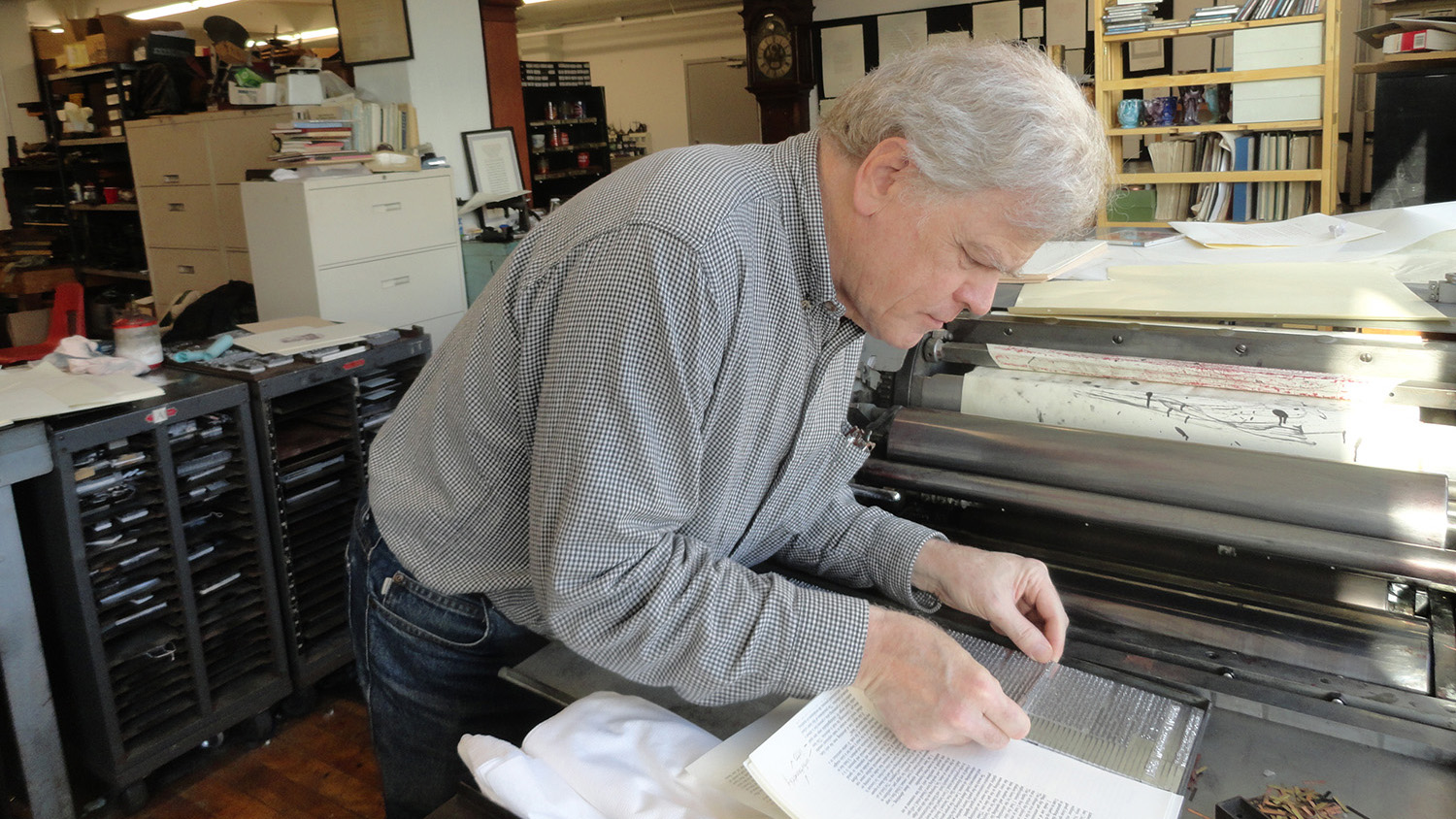 Four years after publication, Bruce Kennett reflects on his book, the process, and what’s next

TL;DR: Bruce Kennett is proud of his book and isn’t sick of Dwiggins just yet

Note: This is part two of my interview with designer and author Bruce Kennett. To read my first interview from 2017, click here.

Delivering on a Promise

Let’s be honest: I feel like we’ve all been burned by a Kickstarter project by this point. Maybe it was a year late, or maybe it didn’t live up to the hype. When someone launches a project on Kickstarter, you are never quite sure if the creator will deliver on all the promises made in the campaign and sometimes it feels like a roll of the dice.

But in the case of Bruce Kennett’s book W. A. Dwiggins: A Life in Design, I can happily report that the creator delivered on their promises in the best possible way.

Kennett’s book about Dwiggins didn’t come about quickly; it was a passion project started in 2003 with its roots in the 1970s, when he first discovered the work of Dwiggins. Publishing this book was the culmination of practically a lifetime of research and 15 years of active, dedicated work.

Over those years, Kennett was approached by several well-known publishers, but none of them were willing to give him the ability to make a book that he thought was worthy of Dwiggins: too risky, too many pictures, too much text, too expensive, were all excuses given by the traditional publishers.

But by choosing to work with Letterform Archive, Kennett was able to make the book exactly the way he wanted. From the physical size of the book, to page count, paper, typography, image quality, and more; Kennett controlled the process from beginning to end. No detail was left unconsidered and it shows.

With the distance of several years since publication, Kennett speaks with obvious pride of what he was able to accomplish. “I still look at the book—at the density of the endnotes—and say ‘I did this?!’”

“On the whole I learned that I persisted. It was a really important lesson for me that, inspired by him [Dwiggins] as the subject and his attitude on life, I had fun the whole time, and ended up doing something that I am proud of and think he would be proud of.”

Kennett says that the most gratifying aspect of writing the book was how universally Dwiggins appealed to a wider audience. On the book tour, he made 28 appearances throughout North America and was pleasantly surprised by how many people were attracted to the different aspects of Dwiggins’ personality.

It wasn’t only graphic designers that loved his story, but it appealed to the marionette community and fabric designers as well.

With an original goal of $50,000—which was pledged in less than three days—the project was almost an instant success. But Kennett insists that the money raised isn’t what surprised him the most; it was the number and diversity of people that pledged.

“It was certainly gratifying to have the response so sudden to the Kickstarter project; people from 43 countries signing on as a pledge of faith. What it said is that ‘There is interest around the world, it’s not only me.’”

“For that many people to sign on was hugely affirming to the 15 years that I had just spent.”

“The beauty of Kickstarter is that it allows passion to drive the creation of content, instead of the bottom line. It enables people who have a narrow, passionate story to tell, without the middle-man getting in the way.”

If you spend any time speaking with Kennett, you’ll quickly recognize that he is a man of constant curiosity and varied interests. From vintage Citroëns, to photography, to the Provence region of France, he is an example of following your passions and being open to where they lead.

Kennett is currently spending time researching type designer Roger Excoffon, but he swears he is not writing a book about him. For those interested in his discoveries, you should kick back and enjoy his hour-long 2019 lecture at Type@Cooper below.

He is also researching the calligrapher and designer Ray Da Boll who worked with Oz Cooper in Chicago as a lettering artist. Kennett finds similarities in the lives of Da Boll and Dwiggins: both exuded a passion for life, kindness, and humility which was expressed across their entire life and professional output.

But no, Kennett says that if he ends up writing a book about Da Boll, it will not be as comprehensive as the Dwiggins book. We’ll see if he holds true to that promise ;-)

Definitive, but Not Defining

“My hope is to continue to talk about Dwiggins when the situation arises and people want to hear about him, but I don’t want him to be the defining subject of my life.”

“I don’t define myself as the Dwiggins scholar, but I continue to love him, be inspired by him, and keep him as a steady part of my life.”

When asked if he was tired of learning about or hearing himself talk about Dwiggins, Kennett just laughs, “I’m still learning new things about him and I’ll be presenting about him in the fall, so no, I’m not sick of him yet.”

Over 2,000 copies of the book were printed, but it is already close to being sold out so if you’re on the fence about buying a copy, you probably shouldn’t wait.

If you would like to purchase a personally inscribed version of the book, you can contact Kennett directly.